The Lochsa River flows through lush forest lands with access to popular fishing spots, trails, campgrounds, and hot springs – also providing a short cut to Montana for truckers via U.S. 12. Yet in early 2018, the Idaho Transportation Department determined this two-lane highway needed 50 miles of paving work on two bridge replacements; the first work done on it in 18 years. To minimize disruptions in the Lochsa River area, the agency embarked on a broad multi-pronged outreach effort. It partnered with Idaho Fish and Game to allow fish to be carefully relocated from the water under the bridges and pushed back start dates for the project to avoid conflicting with peak river rafting season. The agency deployed shuttle buses to help transport pedestrians and cyclists around road closures during the paving process and also worked to avoid impacting nearby Native American tribal property. While ITD had originally expected up to two-hour delays during its summer work on U.S. 12, motorists actually experienced delays of less than an hour. In the end, this $17 million project closely engaged the general public plus created easier and smoother commutes for visitors and U.S. Forest employees to access the Nez Perce-Clearwater National Forest – all while prioritizing environmental protections through the entire process. 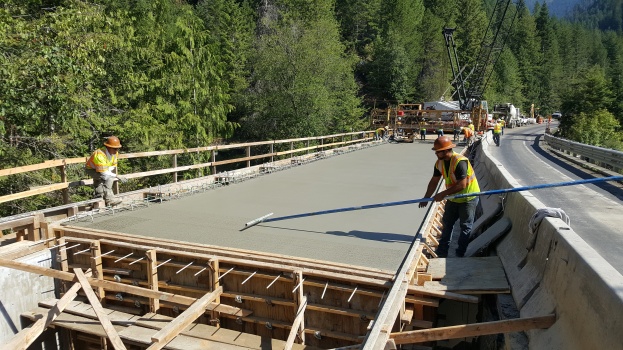