A variety of safety efficiencies dogged the Central New Hampshire Turnpike, which carriers 80,000 vehicles per day. For starters, five of its bridges were red-listed and determined structurally deficient, while its highways had insufficient shoulder widths to accommodate breakdowns, posing a safety issue. Fixing those issues required a solution that would accommodate high volumes of traffic, improve safety, be executed with minimal disruption, and potentially, improve the area in which it resides. Fixing the deficiencies was only one challenge—the bridges needed to be reconstructed while maintaining two lanes of traffic in both directions.

NHDOT tackled the project by reconstruction the bridges in phases to minimize the impact on traffic.  The five red-listed bridges were removed and replaced with three new bridges along with a new Exit 4 northbound off-ramp bridge over the Turnpike. The Exit 4 northbound on-ramp bridge was given new steel girders and a new concrete deck.  Additional width was added to the shoulder to address those safety concerns. In the end, the $26 million project keeps drivers safe and saved NHDOT money, as the previous bridge maintenance came at a significant financial cost. 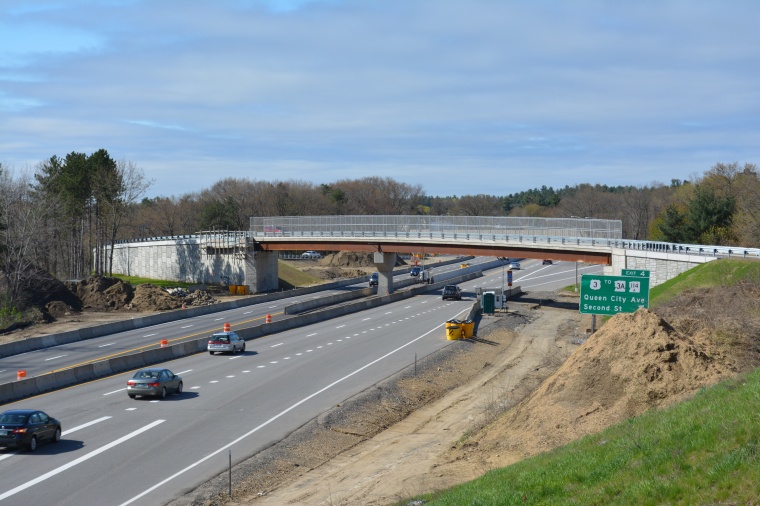